The particularity of minerals determines that its high rate of return and high risks are symbiotic. This is especially true for investment in overseas stone mine projects. The risks encountered in this process can generally be divided into macro risks and micro risks. Macro risks mainly refer to the risks of the project caused by changes in the political, economic, legal, and financial aspects of the country where the investment is located. Micro risks mainly refer to the risks in investment decision-making and project production and operation.

It refers to the change of political power, social unrest, and ethnic conflicts in the country where the mineral project is located, resulting in the expropriation, confiscation, forced closure of the project or the indefinite delay of the project. Regarding political risks, the most direct control method is to shorten the payback period of investment, but as to how short the payback period should be, this requires a deeper understanding of the politics, economy, ethnicity and culture of the country and region where the project is located. And understand, and make corresponding judgments on the trend of its political changes. One way of compensation is to purchase overseas investment credit insurance, including commercial insurance and government agency insurance.

For example, in recent years, the policies of some countries have changed.

(1) The Democratic Republic of Congo amended its law to increase the profit tax from 30% to 35%; and increase the tax on newly delineated mineral rights from 5% to 10%.

(3) In March 2017, the President of Tanzania announced the amendment of mining regulations: prohibiting the export of gold and copper concentrates; increasing the use of gold resources to replace mineral export taxes; and refusing mining companies to seek international arbitration.

(4) The Indonesian government passed legislation in early 2017 to require the government to hold 51% of all foreign companies’ mines in the country. These mining companies are also required to commit to the establishment of local smelters within 5 years in order to increase the value of the mined minerals.

If the currency of the country where the project is located is an international currency, it is more effective to hedge risks through financial derivatives (such as interest rate options, forward interest rate agreements, etc.); if it is not an international currency, some management measures can be adopted to reduce exchange rate risk, and try to obtain the promise of freely convertible currency from the country where the project is located. 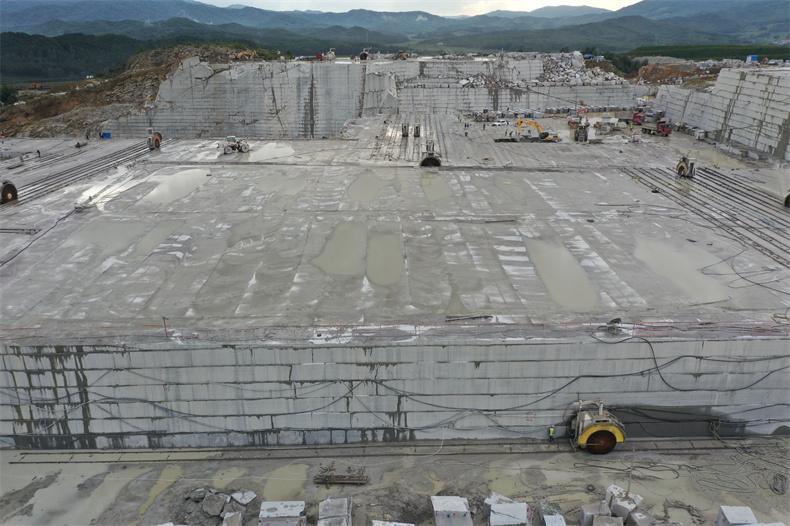 Investment in stone mines begins with the search for mining resources with economic value. Therefore, prospecting plays a primary role in the development of stone mines. Exploration risk refers to the probability that the economic value of a mine cannot be completely determined based on the characteristics of the mine. To solve exploration risks, professional research institutes or geological prospecting institutes should be hired to reduce the risk of later investment in the mines. Through professional exploration, it is not only for its reserves to explore. At the same time, reasonable planning should be made for its later mining, transportation, production, and processing. In 2020, Huada Stone Mining Research Institute was commissioned by China National Building Materials Group to conduct a professional survey of the XX granite mine in Ethiopia and issue a report.

Doctor of Engineering, Nanjing University of Aeronautics and Astronautics